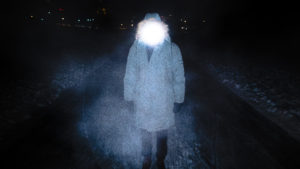 Rob Crooks is a musician, songwriter and performance artist based in Winnipeg, Canada. With a masters degree in Philosophy and an ear for heavy rhythm and relaxed melodies, Crooks’ newest album, And The Nothing From Which Nothing Comes, is a collection of uncommon, highly listenable songs. Known primarily as a hip hop producer and collaborator (Pip Skid, Ismaila Alfa, John Smith, etc) Crooks has a reputation for taking risks with sound and pushing technological limits in performance. His music is not easily categorized but it is absolutely easy to listen to.

The Nothing From Which Nothing Comes, available on cassette and in digital format, is a shared release between Canada’s Disintegration Records and Belgium’s Marathon of Dope.

“Crooks has a one-of-a-kind ability to combine hip-hop and electronic styles in a way that elevates both the aesthetic energy and uniqueness of his music, as well as the socially informed narrative within his storytelling. He is easily one of the most original and interesting artists in Manitoba”
Ted Turner: CKUW, Stylus, DJ Nocontact

Cherry Cherry is a new electronics/voice duo based in Winnipeg.(Hailey Primrose and Greg MacPherson) 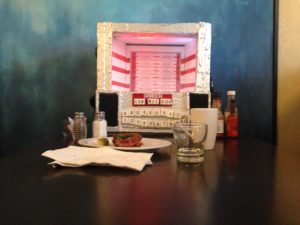 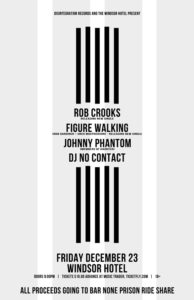 There is a new Marathon of Dope compilation complete with all new and exclusive songs by some of the great artists I’m proud to be associated with, such as Pip Skid, Bazooka Joe, Nestor Wynrush, Birdapres, Zucchini Drive, Nomad, Mike Ladd and more. Download the whole thing here for free.

Listen to the brand new song I did exlcusively for the compilation:

“Marathon Of Dope is proud to present our second compilation. We have drawn from this community’s diverse pool of talent, and built a collection of new and unreleased tracks as a special thanks for all of your support. Please enjoy this free smorgasbord of M.O.D. exclusives. Whether you’re searching for an old favorite flavor, a glimpse of a secret side-project, a nostalgic melody, an intricately wound instrumental, or just something to dance to, this compilation has something just for you.”

Our imagination plays a formative role in this projection into the future. Since the imagination is the faculty of representing that which does not exist, it projects concrete possibilities into the open space of the future. Our imagination produces images, or fantasies of what the future may hold. And yet, our fantasies are somewhat determined by the non-being of a deep and dark past. And if we become so committed to the fantasies that we project, to the point of blocking ourselves against the radical freedom of this futural nothingness, we limit the possibilities of letting the world reveal itself to us.

Transcendentality is a positive affirmation of our being-towards-death. It gives us a responsibility to not only let ourselves become greater than we are, but also to let the world and the beings we encounter therein to be free to determine themselves. This relation to our radical freedom can be terrifying, but it can also be life-affirming.

For the first time in history, I have teamed up with my long time friend Factor Chandelier for a song. We call it “Precious Stone.” Our hope is that the song gets in your bones and makes you wanna move your body, no matter how introverted you are, or how weird you may feel. That’s how we feel too, but we still love music that makes us dance.

You can purchase the song on Bandcamp or listen to the audio on Soundcloud.

I owe a big thanks to my friend Ryan Simmons, who shot and directed the video. Thanks Ryan!

I also have to thank Dany Reede, who made this amazing artwork for us to use as the cover to the single. Thanks Dany! 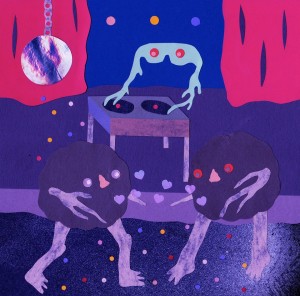 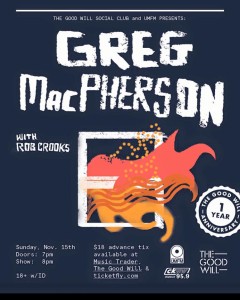 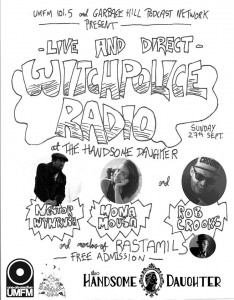 Witchpolice Radio, one of Winnipeg’s best-loved and longest-running music podcasts, is hitting the stage for the first time in 140+ episodes! Sam and Ryan will be interviewing musicians as usual, but our guests will be performing songs live as wel!

in 2007 an eighteen year old Toronto girl got on a greyhound to figure out what this poetry thing is all about.

Seven years later as a spoken word artist, motivational speaker, and jill of all trades, Mona Mousa is rooted in the theory that we can all turn our scars into stories. Moving audiences, and calling them to action for important causes, Mona has never been one for small talk in turn she works everyday to start dialogue and challenge societies norms.

Performing all over North America, she aims to use poetry to inspires people who haven’t found their voices yet. Her poetry sheds light on the struggles of mental health, sexual abuse and racial discrimination and she shares her personal experiences through poetry to encourage and empower others to be themselves and remain strong in the face of adversity.

Elliott Walsh is Nestor Wynrush. Born in Winnipeg, raised in Mississauga, this first-generation Canadian taps his West Indian roots to cook up an authentic pot-au-feu that can aptly be described as rap-soul, black & roll.

With a hustle unsurpassed on the Canadian Prairies, Wynrush is closing in on ten years of recording and performing his charismatic style of rap music.

Wynrush’s music is personal, sincere and unvarnished. It’s storytelling music informed by love, sorrow, and the overall immigrant experience in Canada. Never does he eschew his roots in favour of appealing to a wider market. Truth be told, without his roots, Nestor Wynrush’s music wouldn’t exist.

My name is Rob Crooks. I’m from Winnipeg. I make unconventional forms of hip-hop music. This is my bio.

I write songs. By the time I was 24 years old, I was selling CDs and traveling all across Canada performing them, from Victoria to Montreal. Eventually people started to notice the songs I wrote. Within a few years I had written songs for people like Canadian hip-hop veterans Ismaila Alfa (fka Mocean of Frek Sho) and Pip Skid. I’ve also written the bulk of Magnum KI’s material, including half of their 2010 self-titled album, which was nominated for a Western Canadian Music Award.

Nowadays, I’d just as soon take my sampler up on stage with me and pound out beats from the pads, and rap my own songs – or sing them – by myself.

RasTamils offer a beautifully layered and tasteful take on classic reggae rhythms while also weaving in some jam-band influence, the hooky pop components of simple ‘60s rock, and a vocal style that pays homage to heralded East Indian pop singers in a wonderfully harmonious package.