The end of May is turning out to be a cluster bomb of great things.

It all began last fall when I found out that not only is one of my oldest friends getting married to an amazing woman, but also that he wanted me to be the best man! I don’t think I’m putting myself out there too much by saying that I, like all of us, have my share of insecurities. So for me to be named the best man really gives me the boost of confidence I need right now. And to add to the excitement, the wedding happens to be in one of the most fun cities in North America: Montreal!

Fast forward from last fall to February of this year: I’m somewhere in Europe on tour when I find out that I have been asked to perform at Montreal’s 2nd annual One Man Band Festival, on the weekend after my friend’s wedding, Saturday May 25th. I’m not big on astrology, I gotta say, but the stars sure lined up perfectly on that one. I’ll go to a wedding, party it up a little bit with some old friends, spend a week relaxing, eating smoked meat and poutine then I’ll attend an amazing festival as a performer and as a spectator. What could be better?

Then sometime around when February turned to March, I got an email from my good friend Tom aka Speed Dial 7 over there at the Marathon of Dope label. He tells me that he wants to go ahead and put out the record that Birdapres and I made, and he wants to do it sooner than later; May 28th to be exact. At first I was a little skeptical about dropping it so soon, since the direction that my solo music has taken recently has been more towards singing than rapping. And this record I did with Birdapres is a straight-up rap record. “What if people get confused!?” I worried to myself. But then I thought “don’t under-estimate the audience, you idiot!” and we dropped the first single. And so far people have seemed to like it, so hurray for us. (Thank you to everybody who has shared it, listened to it or even simply took notice. Birdapres and I both really appreciate it. We’re currently working on a video!)

By the time April decided to show up, we here in Winnipeg were all getting pretty sick of the unnecessarily long winter. But at least I had escaping to 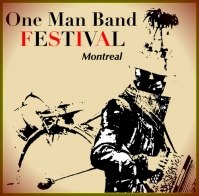 Montreal at the end of May to look forward to. Then I get an email from Jaimz of Ghost Twin. He asked me if I’d be interested in playing a show back in Winnipeg on May 31st, with his band, A Lion in Your Lap, DJ Beekeeni and DJ Damien Ferland at the historic Albert Arms venue. I said “listen Jaimz, not only am I interested, I’ve been waiting to be asked to play a show like this in my hometown for a long time. Count me in!” This will be a veritable blitzkreig of synth based music at a notorious punk bar. It’ll be just like 1979 all over again.

Finally, just when I thought May couldn’t get any better, I find out that the Thursday before my friend’s wedding, the 16th of May, I’ll be playing another show in Montreal with the one and only Cadence (fucking) Weapon! And just think: I was standing on a bridge ready to throw myself off not all that long ago. My how things change.

Here’s a recap of all the events going down in May:

May 18th: Rob Crooks is the best man